Home » Can you be fined for reporting a police check on the road?

Can you be fined for reporting a police check on the road?

Can you be fined for reporting a police check on the road?


Sharing that information is punishable

Perhaps it is because they believe that there are those who have not received it; Perhaps because they consider that it is worth remembering from time to time, the Civil Guard and the General Directorate of Traffic, the DGT, have explained more clearly than ever about the use of presence warnings of a police roadblock.

Likewise, we must also know that, depending on the route and the type of infraction, the fine the competent authority to fine you can change. The usual thing is to think that the Civil Guard fines on the roads and the Local Police in the city, but this does not always have to be the case.

In fact, you can appeal to the National Corps to make an act of its presence on the road. In any case, many drivers currently have an application that notifies them of these, but is it legal to use this information? The reality is that yes, it is totally legal. What has consequences is especially when it comes to share that information and how we do it.

The dissemination or publication of photographs is penalized

As such, this gesture has always been seen as a misunderstood feeling of camaraderie with other motorists. It is common to come across other drivers on the road who warn of the presence of a Civil Guard control. It’s more; This is a practice that has been going on for a long time. For example, alerting with flashes of lights to cars coming from the opposite direction.

And it is that this is a practice that is located between the limit of legality, since there is still no firm law that concretely punishes this exchange of information, although we can be punished for it. The reason for this not only because of the gesture of the bursts itself, which is typified as an infraction for a fine of up to 100 euros, but above all because of the publication or dissemination of photographs of that police roadblock. 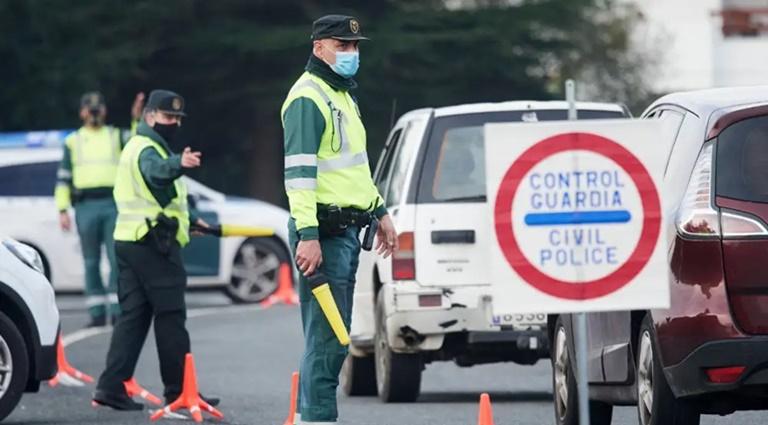 Or what is the same; Even if we have and make use of applications such as those mentioned from Waze or Google Maps itself, that will not entail any type of punishment.

As we say, although there is still no firm law that punishes this exchange of information, we can be sanctioned, especially for providing information about agents and vehicles used. Today many do it to alert drunk or drugged drivers.

As well as drivers who drive faster than allowed and in general drivers who have something to hide from the authority. That is why, in addition to being a profoundly uncivil behavior puts our security at risk.

This is what both the Civil Traffic Guard and the DGT warn. “Far from benefiting citizen or road safety, it is harming it,” they warn. “A subjective feeling of impunity is created for certain people to break traffic regulations. Do not snitch, do not give clues to the bad guys », they affirm from the platform Creating Security. There have already been cases in which citizens have been fined for posting the location of a police checkpoint on social media such as Serious offense.

5 sharing economy websites you should know about

You cannot change your DAZN plan if it is managed by the operator, what to do?