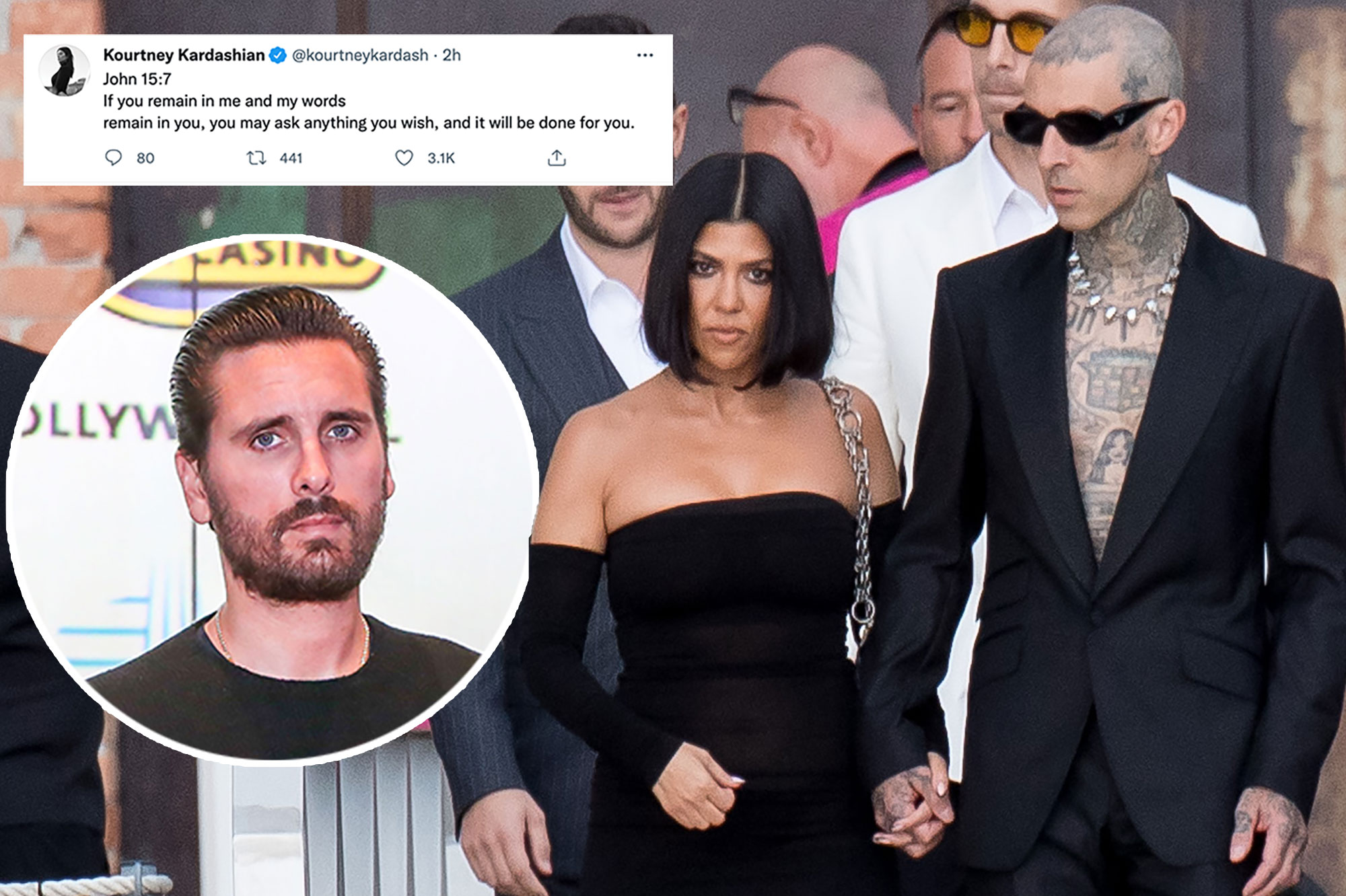 Kourtney Kardashian is turning to the Bible after Scott Disick allegedly told another one of her ex-boyfriends that her PDA with Travis Barker was too much.

The “Keeping Up With the Kardashians” star, 42, tweeted Tuesday, “John 15:7. If you remain in me and my words remain in you, you may ask anything you wish, and it will be done for you.”

Kardashian’s post came just hours after Younes Bendjima, whom she dated from 2016 to 2018, leaked an alleged DM from Disick, who apparently wanted to vent about their mutual ex’s new relationship.

“Yo is this chick ok!???? Broooo like what is this. In the middle of Italy,” the “Flip It Like Disick” star, 38, purportedly wrote to Bendjima, 28, alongside a paparazzi photo of Kardashian straddling Barker, 45, on a boat in Italy.

“Doesn’t matter to me as long as she’s happy,” Bendjima responded. “PS: i aint your bro.”

He captioned the screenshot, “keep the same energy you had about me publicly, privately.”

Barker, for his part, seemed unbothered by the alleged DMs. The Blink-182 drummer, 45, shared a meme to his Instagram Story Tuesday that showed Ray Liotta laughing in “Goodfellas.” He didn’t bother to caption the post, but fans took it as his response.

Kardashian and Barker went public with their romance in January, just over two years after her split from Bendjima.

While Disick is seemingly salty about Barker now, he gave Kardashian his blessing to date the musician in June during the “KUWTK” reunion.

“I think if you really love somebody right, you want them to be happy no matter what,” Disick told Andy Cohen at the time. “So, I do give her a blessing to be happy.”