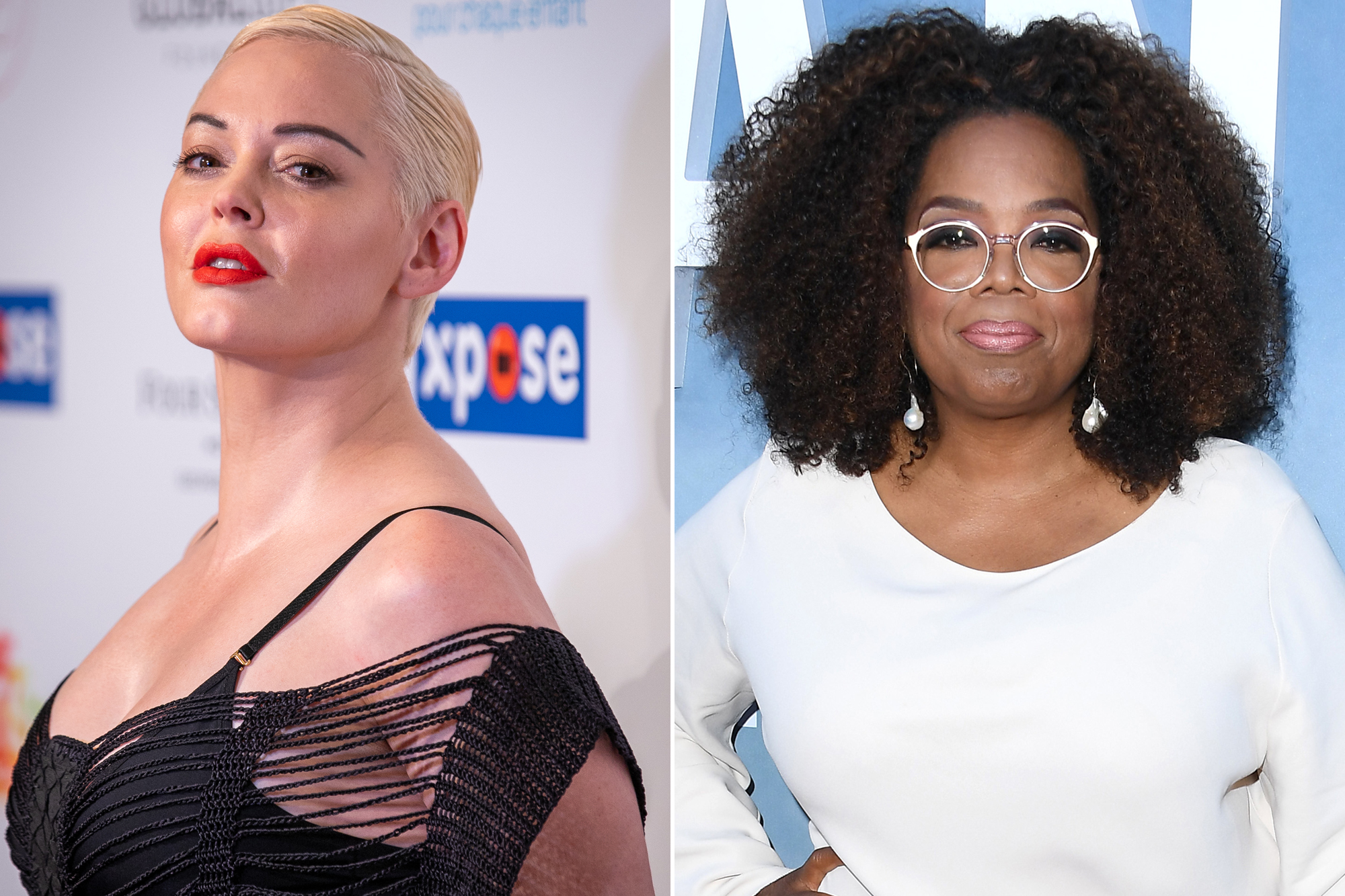 Rose McGowan is still blowing up on social media.

The “Charmed” actress went on an explosive Twitter tirade on Wednesday after someone told her to stop throwing stones at others and “shut tf up” and she responded by saying: “You think I throw stones? No bitch, I drop bombs.”

McGowan, 47, first stirred up controversy on social media over the weekend when she tweeted that she believed Oprah Winfrey faked her support for the #MeToo movement.

She posted a photo of the 67-year-old talk show host and convicted rapist Harvey Weinstein together, saying, “I am glad more are seeing the ugly truth of @Oprah. I wish she were real, but she isn’t.”

“From being pals with Weinstein to abandoning & destroying Russell Simmon’s victims, she is about supporting a sick power structure for personal gain, she is as fake as they come. #lizard,” she added.

While McGowan did not go into detail about why she referenced Russell Simmons, she could have been referring to Oprah’s slated involvement in a 2020 documentary about his alleged sexual misconduct.

The media mogul and TV host was set to serve as an executive producer on the film, titled “On the Record,” but backed out in January of that year.

She explained in a statement at the time, “I have decided that I will no longer be [an] executive producer on the untitled Kirby Dick and Amy Ziering documentary, and it will not air on Apple TV+.”

“I want it to be known that I unequivocally believe and support the women,” she added. “Their stories deserve to be told and heard. In my opinion, there is more work to be done on the film to illuminate the full scope of what the victims endured, and it has become clear that the filmmakers and I are not aligned in that creative vision.”

A representative for Winfrey did not return Page Six’s request for comment regarding McGowan’s “fake” claim.